In Ukraine believe that Russia will have to conclude a new agreement on gas transit, since the “Nord stream — 2” in the near future supposedly not built. “Naftogaz of Ukraine” has previously stated that he is ready to discuss the revision or rejection of the claim to “Gazprom” on $12 billion in the case of signing with Russia of a new long-term contract. However, the agreement still does not work. The completion of the construction of the “Nord stream — 2” is scheduled for the end of 2019. 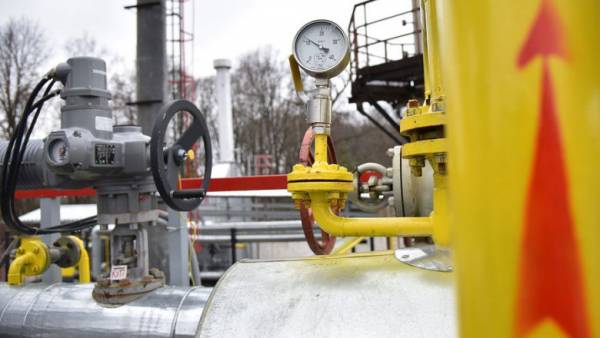 Deputy Minister of energy and coal industry of Ukraine Natalia Boyko said in the air of the Internet channel UMN that Russia will have to conclude an agreement with Kiev on gas transit.

According to her, Russia will be forced to come to terms with Ukraine on gas transit, as “the famous and expensive” pipeline “Nord stream — 2” will not be built in the near future.

The Deputy Minister stressed that the longer Russia “pull” with the decision, the harder will be the final negotiations.

The meeting of Russia, Ukraine and the European Commission where the sides discussed the issue of transit gas after 2019 was held on January 21. On it participants of negotiations have not reached any agreements.

According to him, the Russian side would like to extend the existing agreement on gas transit. Ukraine, Klimkin said, wants to sign a new agreement, which will be compiled by the “European rules”.

As stated earlier the Director of “Naftogaz of Ukraine” Yuriy Vitrenko, a Ukrainian state company is ready to reduce the amount of the claim to “Gazprom” from $12 billion to $2 billion upon achievement of agreements on gas transit.News

“We communicated this message of the European Commission and be heard. We finished this question, if the us shareholder will agree to put on the negotiating table with Gazprom,” — said the head of “Naftogaz”.

According to him, the main purpose of the claim against Russia is damages from diminution of the value of the gas transportation system (GTS) of Ukraine due to the construction of “Gazprom” bypass flows to Europe.