KIEV, January 24. /TASS/. Obolon court of Kyiv sentenced on Thursday the former President of Ukraine Viktor Yanukovych to 13 years in prison on charges of treason. 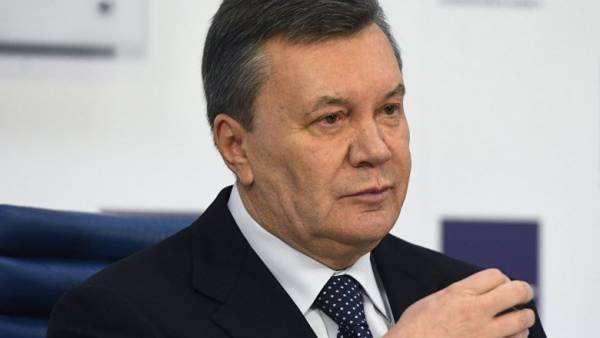 In this case he was charged on three counts of high treason, of complicity in the waging of aggressive war, aiding and abetting in the violation of the territorial integrity and inviolability of Ukraine that resulted in the death of people or other serious consequences. During the reading of the indictment the judge found insufficient evidence against Yanukovych on charges relating to attempts to change the borders of the state.

“The court excluded from the definition of “treason” in the sentence actions aimed at changing the borders of Ukraine and in undermining the defense of the country,” the judge said.

However, the court found former President guilty on the other two counts of treason and complicity in the waging of aggressive war.

On the first point, the court sentenced Yanukovych to 13 years, the second one to 12 years. Thus on the strength of articles, the sentence amounted to 13 years imprisonment. The court also ruled to uphold the decision on arrest of property of the former President.