Climate change — the cause of the Arab spring, wars and mass migration. Now it is scientifically proven

The effects of global climate change are not limited to extreme weather and natural disasters, scientists say. 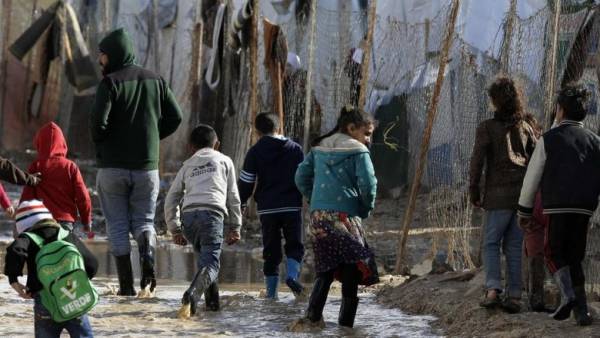 Changing climate is also the cause of many conflicts and mass migrations that swept Europe in recent years.

If before such approval was mostly from the mouths of leftists and the liberal media, now they have found a formal scientific proof.

A study conducted by researchers at the International Institute for applied systems analysis, first demonstrated the causal link between climate change and the growing number of conflicts and mass migration from the regions affected by the resulting natural disasters.

In particular, in the published study argues that climate changes of at least one of the causes of the popular uprisings of 2010-2012 in Tunisia, Libya, Yemen and other countries of the “Arab spring”.

As a specific example, the situation in Syria, where the revolution turned into a full-scale civil war is still ongoing and has cost hundreds of thousands of lives.

The study argues that the precondition for this development was the increase in the region of medium temperatures. Due to the protracted drought and an acute shortage of fresh water in the country for several years collected a very poor crop, which led to a mass Exodus of the rural population to the cities.

As a result of this forced urbanization of the Syrian cities were overcrowded, there was not enough housing and sharply increased unemployment.

On the background of continuing growth in prices (also caused by drought and, as a consequence, the lack of food) this has led to growing discontent, mass protests, political opposition — and ultimately to civil war and millions of refugees.

According to the latest UN data, in November 2018, more than 5.6 million Syrians have fled the country, about 6 million were displaced.

The study notes that very similar events happened in that period and in other African countries, including sub-Saharan Africa.

Our study involves a topic that was widely covered by the media. We have contributed to public debate about migration caused by climate change, providing new scientific evidence.Paradise Mutterkorn of the authors from the University of East Anglia

Scientists have expressed concern that to date, climate change and migration is not perceived by society as an interconnected phenomenon, although their relationship is obvious.

The assumption that sudden large influxes of migrants to Europe from Africa and the Middle East at least partly due to global climate change (and — as a consequence — a substantial deterioration of the humanitarian situation there), has been expressed in recent years repeatedly.

Working abroad: how labor migration is changing the world

However, until very recently, scientists have shied away from conducting direct Parallels in this region and even more from constructing a cause-and-effect relationships.

The fact that a rigorous scientific approach can determine the dependence between some events (correlation), but it does not always mean that one is causing the other.