The bandits gave the lesson on “concepts” in the Russian school

School in the village of Pervomayskaya in Primorsky region is checked in connection with the complaints of parents on the lesson spent there by local criminal authorities. This is the Agency PrimaMedia with reference to the local official Peter Cloves. 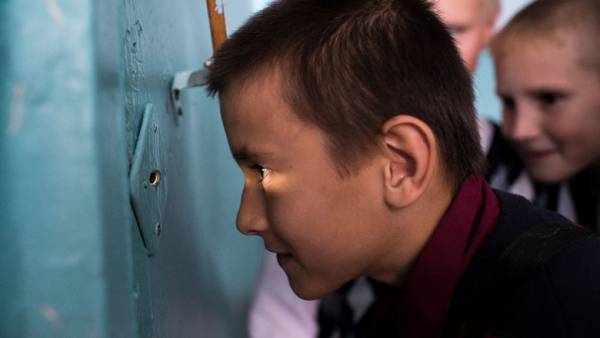 According to him, the school will host parent meeting, which will attend the district.

About the lesson with the participation of criminals became known from the publication of user skorpion7726 portal Pikabu. He wrote that the former Director of the school Alexander Rabotin (now head of Sanatsenka rural settlement) was invited to the establishment of “local bandits” who “know everything”, so they conducted a lesson with the boys, pupils from the fifth to the seventh grade. They gathered in the Assembly hall, the current Director introduced them to the guests:

Looking for our village! And children need them to be!

At the event, besides the Director, were present Rabotin and physical education teacher.

According to school students know that they roughly spoken, including foul language, explaining how to live “on concepts” what to do and not to do, and warned about the unacceptability of homosexual relationships. “At the end of all this, children are forbidden to even tell the teachers what they were and what they were talking. Very strict children are forbidden to tell the parents! Even those children who do parents in a very close relationship, yesterday no one said anything at home”, — concluded the user.

In the comments he was advised to contact the Chairman of the Investigative Committee of Russia Alexander Bastrykin. At the time of publication the law-enforcement bodies did not comment on the incident.