A court in Kiev declared Yanukovych guilty of treason 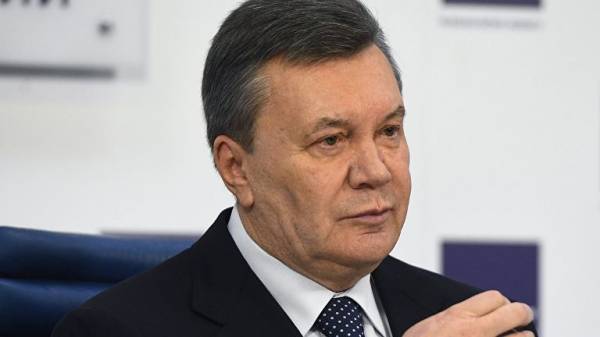 “Despite the denial of guilt by the accused, the court, after hearing the testimony of witnesses, examined the evidence of experts, documents and material evidence, evaluating the arguments of the defense and the prosecution believes that the guilt of the accused in the Commission of crimes proved relevant and admissible evidence,” said the judge.

Today the court started reading the verdict. However, he will be in absentia, since the ex-President since 2014, is outside the country.

The court began the trial of treason at the end of June 2017. This is one of a number of criminal cases that the new Ukrainian government brought against former head of state after the coup in 2014.

The Prosecutor’s office was going to demand Yanukovych to life imprisonment, but later the prosecution asked to sentence the former President to 15 years of imprisonment. Yanukovych denies guilt.