“This man did not go on the plane and threatened passengers”

The eyewitness of state of emergency on the flight Surgut-Moscow — about the behavior of the detained men. 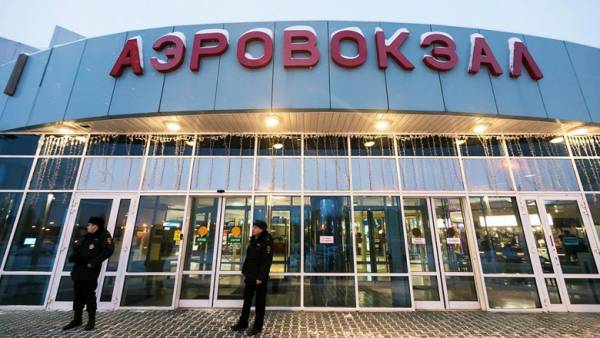 Invader aircraft from Surgut to Moscow was detained in the assault. They have been previously convicted for damage to property a resident of Surgut, said the Investigative Committee. As soon as the aircraft “Aeroflot” was in the air, he, allegedly at gunpoint, demanded to change course and go to Afghanistan. But the commander of the aircraft urgently put the liner in Khanty-Mansiysk. The plane they were at the airport — passengers did not understand what was happening, but behaved calmly. In the end, the liner is stormed by security forces and arrested the invader, he was heavily drunk. Details of the incident “Kommersant FM” said one of the passengers of flight Eugene.

— How you and the other passengers doing?

We are now in Khanty-Mansiysk at the airport.

— You promised departure to Moscow on a different ship?

— Yes, we are waiting for the Board from Moscow. Also, tomorrow morning is from Khanty-Mansiysk flight to the capital.

This person was originally on Board, but I was sitting at the end of the plane and did not see him some action you did out there. That is, he did not go on the plane, threatened the passengers. This was not. Apparently, using the stewardess as is the dialogue.

— That is, no one was moving across the room and did not try to get into the cockpit?

— In the cabin no one was trying to get. That’s for sure. I during the flight, which is about an hour long, I watched the movie. I probably would have heard if there was some yelling, some threats, but there is some action, sudden movements or statements were not.

— How much time have you spent in the plane before the arrival of security forces?

— An hour, maybe a little more.

And what happened in that moment?

— We were asked to remain seated and not to walk around the cabin.

And at one point appeared security forces?

Yes. I just sat in the back, they back the plane ran down the hallway and in the middle of the cabin was the one they arrested.

So he sat quietly on the chair?

Yes, I was in his place.

— You saw his arrest?

— Yes, of course. Very quickly four men with weapons in their vests clearly ran the place, knew its location, immediately warned him that he not resisted, twisted, and brought.

— How was the reaction of the passengers?

They looked at the events, some after the operation is complete, even applauded.

— Some time later, already brought you, and you went to the airport?

Yes. At this time, filed ladder. We are now in Khanty-Mansiysk.

— How do you feel passengers, how much they worried? And what they say now, to discuss whether the incident?

— I didn’t notice that there was excitement for some. We have, however, is investigating the event, we give testimony on the incident to the investigator. Expect, suppose, that all of us will testify, we must hold to the representative of “Aeroflot” and then will suggest us how to get on to Moscow.