MOSCOW, January 23 — RIA Novosti. The fire on the tankers “Kandy” and “Maestro” in the Black sea occurred after one of them was forbidden to enter the port of Temryuk in the South of Russia because of U.S. sanctions, according to Reuters. 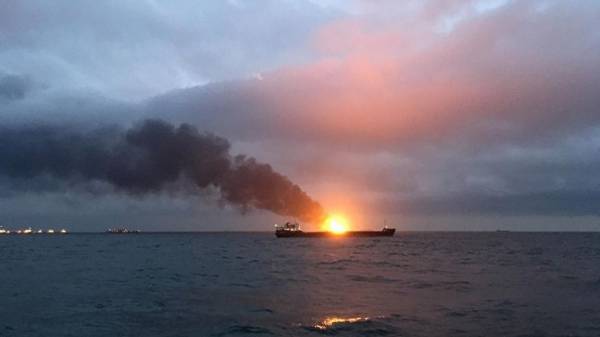 According to sources, the Agency, the ban came from the leadership of the gas terminal “Maktren-Nafta”. As a result, the crews of the ships were forced to start a direct fuel transfer from ship to ship outside port.

It is noted that tankers with such names (previously tanker “Kandy” was called “Venice”. — Approx. ed.) was included in the sanctions list of the USA because of the supply of fuel to Syria in 2016-2018. In American Finance indicated that any transaction with these vessels can lead to the introduction of restrictive measures from Washington.

Tankers “Kandy” and “Maestro” under the flag of Tanzania caught fire on Monday in the area of the Kerch Strait. According to preliminary information, the incident happened while transferring fuel from port to starboard.

According to Rosmorrechflot, on both ships there were 32 people: 12 people rescued, ten bodies are brought aboard, another ten are reported missing.