A large collection of ancient and Byzantine seals and commercial seals have been discovered by specialists of the Institute of archaeology RAS during the excavations in the framework of historical and cultural examination before construction of a private house in Novgorod. Excavations were conducted in that part of the district where there has never been archaeological studies, the press service of the Institute of archaeology RAS. 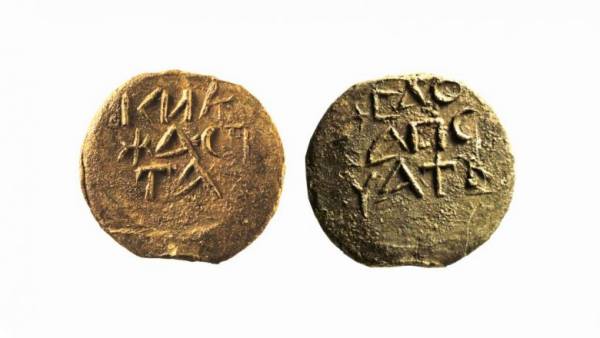 “During the excavation we found 21 printing and 6 blanks is a lot for such a small excavation. It is important that the found of the workpiece, because they are found only where the put printing. Therefore, in this place lived people who had the right to verify any order of the higher authority ecclesiastical or secular,” says Pyotr Gaidukov, Deputy Director of IA RAS.

In the summer of 2018, scientists of Institute of archeology began excavations at the site on the street the sign is the part of Trading parties, which previously had never been carried out archaeological research. The small size of the excavation (about 140 square meters), archaeologists found the plot Pavlova streets of old Novgorod, the remains of four medieval estates of XI—XIV centuries, and found a large number of other artifacts. Within six months, the researchers examined the findings. The results of field research, including findings presented at the XXXIII conference “Novgorod and Novgorod land. History and archaeology”.

Excavations in Znamenskaya street were carried out before the construction of private houses on the site have been demolished wooden buildings of the postwar period. Archeologists blocked the pits, and under the house Foundation was discovered a cultural layer with a depth of 5 meters, the lower part of which relates to the first quarter of the XI century, and the top — end XV — beginning of XVI century.

During excavations, archaeologists discovered a large number of seals: a total of 21 ancient printing and 6 pieces. 8 of the seals refers to the pre-Mongolian time: and date back to the period between the XI and early XIII century.

Most of these seals — the Prince says that in this place lived people of the Prince, or those who have received from the Prince the document certifying the award of the land — or the village, for example the place in the forest where they could engage in beekeeping.

Also found 11 seals relating to the period from the second third of the XIII to XV century. This printing of the princes of Novgorod and the princes service class (princes, who were invited to serve as military leaders), and Church print, belonging to the archbishops of Novgorod.