MOSCOW, 22 Jan — RIA Novosti. The Association capacity of the largest radioobservatory the world have helped scientists to gain clear data on the size of the “visible part” of a giant black hole at the center of the milky Way. She was surprisingly small, according to a paper published in the Astrophysical Journal. 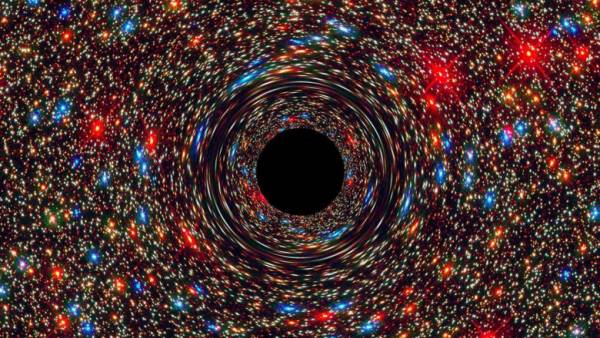 “This may indicate that its radio emission is produced not inside the jet and the disk of gas and dust surrounding the hole. No other object does not behave this way. An alternative explanation is that its emissions are directed right at us,” says Sarah Isshown (Sara Issaoun) from the University of Nijmegen (the Netherlands).

Most astronomers believes that at the center of all galaxies are supermassive black holes — objects with a mass in the millions and billions of Suns, continuously exciting and absorbing matter. Part of its black hole “chews” and throws in the form of jets — thin beams of plasma accelerated to near-light speeds.

In the milky Way and other galaxies black hole resides in hibernation, so large and visible for us jets it does not. Scientists have long been trying to figure out when she fell asleep, how active and how that activity influenced the star in the center of the Galaxy and its outskirts.