Secretary General of the parliamentary Assembly of the Council of Europe thorbjørn Jagland stated that the deprivation of the Russian delegation voices have not led to the expected results. The report of his speech published on the website of the organization. 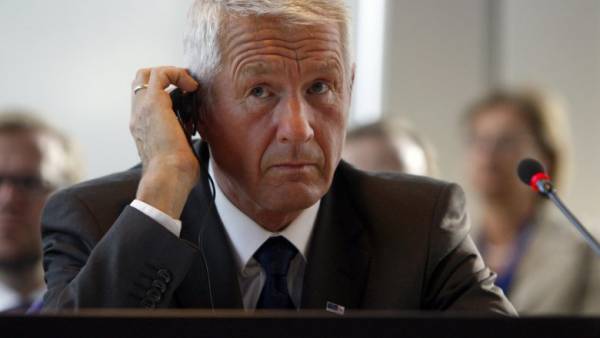 According to England, depriving Russia of voting rights, the PACE did not achieve the goals. In particular, it did not improve the situation with human rights in Russia and did not lead to the return of Crimea to Ukraine. At the same time, in the Council of Europe there has been crisis.

PACE Secretary General urged to clarify the rules and allocate powers to enhance the organization’s credibility on the basis of equal rights and equal obligations.

In addition, he referred to a letter 59-year-Russian human rights activists, who argued that in the case of withdrawal of Russia from the Council of Europe, the citizens will lose protection in the framework of conventions. In their opinion, it is necessary to come to a compromise solution.

In April 2014 the Russian delegation in PACE was deprived of voting rights because of alleged violations of international law. We are talking about the reunification of the Crimea with Russia. In June 2017, Russia froze the payment of membership dues to the restoration of the powers of its delegation.