Tu-22M3 crashed while landing in the Murmansk region

MOSCOW, January 22. /TASS/. Tu-22M3 crashed while landing at a military airfield in the Murmansk region. This was reported on Tuesday TASS a source in law enforcement agencies. 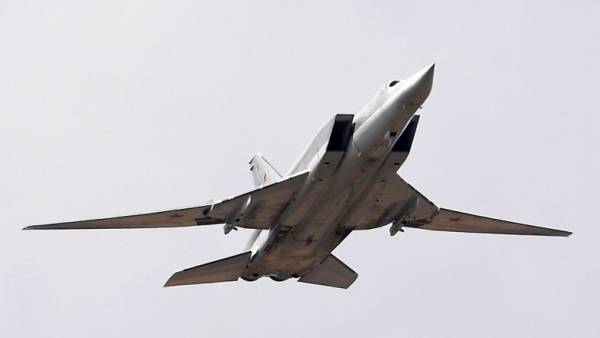 UPD. He died on the third pilot of the bomber Tu-22M3 crashed in the Murmansk region. This was reported by TASS in the territorial center of medicine of accidents of Murmansk region.

“Tu-22M3 crashed during landing at the aerodrome of long-range aviation regiment in Olenegorsk (Murmansk oblast). The accidents happened at about 13:40 GMT,” — said the Agency interlocutor.

According to him, from the crew of a crashed bomber, according to preliminary data, survived the commander and the Navigator.

“According to preliminary information, the commander and Navigator alive,” the source said. The crew of the aircraft consists of four people — the commander, assistant commander, Navigator and operator, said the representative of power structures.

Airbase “Deer”, located on the Kola Peninsula 92 km South of Murmansk, near the town of Olenegorsk. At the airbase deployed aircraft Tu-22M3. The length of the runway is 3,500 m, the coating concrete.

Tu-22M3 with a crew of four, designed to hit targets in enemy territory in the strategic depth. The maximum speed of the bomber reaches 2300 km/h, range of flight — 7 thousand km.