Lukashenko stood up for the nasty Fish

President of Belarus Alexander Lukashenko instructed to study the release of Anastasia, Vashukevich (Nasty Fish) from detention in a Russian prison. About it the press Secretary of the Belarusian leader Natalia Eismont said “Komsomolskaya Pravda in Belarus”. 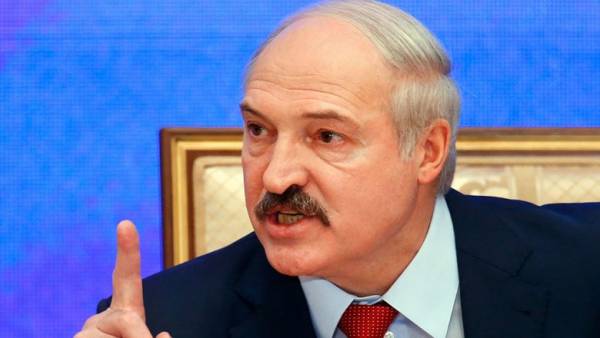 “At the moment, I will say briefly: of course, the President is aware of this situation, there is a lot written in the media. Moreover, the President of Belarus instructed to immediately undertake the liberation of the citizen of Belarus”, — said Eismont.

The press-Secretary of Lukashenko added that the President of the Republic was transferred to the Ministry of foreign Affairs of Belarus.

Vashukevich, and sex-instructor Alexander Kirillov (Alex Leslie, also a citizen of Belarus) were released from the detention center in Moscow to house arrest on January 22.

Vashukevich and Kirillova, detained on January 17 in Sheremetyevo, where they arrived after being deported from Thailand, where they were given a suspended sentence in the case of an organization of sex training. Moscow police have confirmed that they are charged with involvement in prostitution. Violators face up to six years of imprisonment.

Vashukevich, and Kirillov became famous after the publication of the book “Diary of seduction of a billionaire, or a Clone of the oligarch”, which described intimate details of the relationship of the Nasty Fish and entrepreneur Oleg Deripaska.