“It leads to rampant sin”: he hated Rasputin

150 years since the birth of Grigory Rasputin. 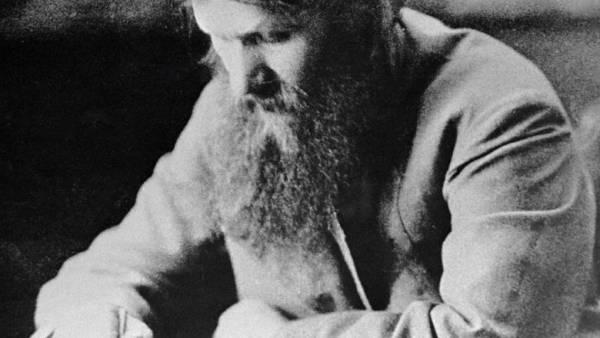 Was born 150 years ago Grigory Rasputin, an iconic figure at the court of the Emperor. He had an enormous influence on the Imperial family and was known for his loving. As seen by his contemporaries than were dissatisfied with the Church and how he died Rasputin, says “Газета.Ru”.

21 January 1869 in Pokrovskoye village, Tobolsk province was born Grigori Rasputin, a future friend of the family of Emperor Nicholas II.

In his younger years he turned to religion, made a pilgrimage to the monastery in Verkhoturye, Sverdlovsk region, visited Greece on mount Athos, in Jerusalem. For his travels he struck up acquaintances with many monks and clerics, including representatives of the St. Petersburg theological Academy.

By 1904, in the eyes of secular society, Rasputin became a religious celebrity. To it have shown interest in the Emperor Nicholas II, was awarded the “man of God” a personal meeting.

Over time, Rasputin gained influence in the Imperial family due to the fact that helped only son of the Emperor, Tsarevich Alexei, to fight haemophilia is an incurable hereditary disease in which impaired blood clotting.

To stop bleeding Rasputin used folk remedies, for example, boiled the bark of oak, but in the eyes of the Imperial couple, it looked miraculous.

The Church belonged to Rasputin wary.

In the opinion of the priests, he was the representative of the whips — a Russian sect which arose, according to various estimates, under the influence of Western mystical sects, Manichaeism (a reinterpretation of the Bible with a mixture of borrowings from Buddhism and Zoroastrianism), Slavic paganism or the old believers.

Whips deny the Church’s rites, Holy books and priests adhere to a strict asceticism, the practice of food abstinence. The latter, however, is not very consistent with a report from one of the priests that come to Rasputin women and their “passions, from which he saves them… in the bath.” But the Orthodox Church’s investigation did not reveal any signs of “histamine”.

Admirers Rasputin really had a lot. He recalled how the memoirs of Aron Simanovich, who became famous as “personal Secretary to Rasputin” part of their faith in his supernatural powers and divine destiny, some just gave a tribute to fashion, taking care of him, or tried to make it some advantages. Rasputin himself mentioned that many high-ranking officials directly were hanged about his neck, their wives and mistresses, so as to achieve a certain benefit.

The influence of Rasputin on the Imperial family turned him into a deity.

At the word he said officials received high order. Purpose of which was necessary for the long-term service, Rasputin was carried out in a few hours. “Didn’t need any special skills or talents, so with his help to make the most brilliant career. It was enough the whim of Rasputin — Simanovich wrote. — No Royal favorite never in Russia has reached such power as he.”

While Rasputin openly expressed their hostility to the nobility. He called the nobles of the dogs and stated that “in the veins of any nobleman does not leak a drop of Russian blood”. At the table with dirty hands he divided the pieces of food between their fans. And when on holidays he was visited by admirers and congratulated, hugging his boots, he especially to grease shoes with tar, “to lying at his feet elegant ladies more soiled your silk dresses”.

The results of the investigation have convinced not all. In 1912 the writer Michael Novoselov released in his publishing the brochure “Rasputin and the mystical debauchery”, accusing Rasputin in khlystovo and criticized the Supreme Church hierarchy. The brochure was forbidden and confiscated at the printing house. The newspaper “Voice of Moscow” was fined for publishing excerpts from it.