MOSCOW, 22 Jan — RIA Novosti. The liberal democratic party proposes to ban the collection activities on the territory of Russia after threats to teachers and the Director of one of Moscow schools, demanding to collect the debt from the students ‘ parents, said the Deputy Chairman of the Duma Committee for education and science Boris Chernyshov, speaking from the faction at the plenary session of the lower house of Parliament on Tuesday. 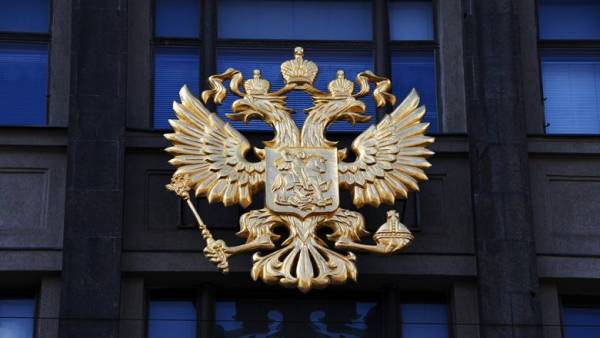 Earlier in January on the website of the TV channel RT reported that the Director and teachers of the Metropolitan school № 1285 received threats from collectors. Unknown called and required “to collect the debt from the parents of two students, and children to “kick out” from educational institutions”.

Later the interior Ministry confirmed that it had received reports of calls demanding to affect one of the parents of the student for repayment of loan to phone one of the capital’s educational institutions and personal number of the Director, and there were threats of life and health of her relatives. A criminal case was opened under article “threat by murder or causing of heavy harm to health”.

Later the interior Ministry reported that police detained a suspect in telephone calls with threats. It was them 28-the summer inhabitant of Moscow. On the given fact criminal case under article “arbitrariness”. Suspect placed under house arrest.

“You can’t leave without our attention when collectors, threatening one of the employees of the school just blocked the work of the educational organization… I suggest we return to the proposals of the liberal democratic party about the collectors, about which we constantly speak. Impossible few restrictions this mafia to stop. We need a complete ban on collection activities on the territory of Russia”, — said Chernyshov.