Scientists have recreated the primary matter of the Universe

Russian and Finnish physicists have discovered an unusual quantum structures in superfluid liquid helium-3 is the coldest liquid on Earth. 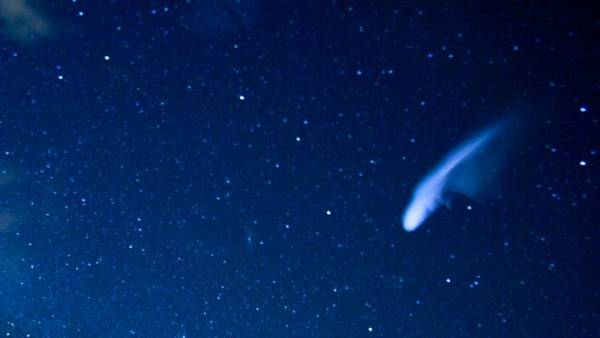 Russian and Finnish physicists have discovered an unusual quantum structures in superfluid liquid helium-3 is the coldest liquid on Earth. In their properties they resemble the primary matter of the Universe, said in the journal Nature Communications, reports online edition m24.ru.

According to one of the researchers, initially it was assumed that these structures will disappear once the liquid will make it even more cold. They found that if you cool helium to half of millikelvin, they survive and turn into a nontopological the wall.

In the beginning of its existence the universe was filled with liquid of various subatomic particles interact with each other on a quantum level.

This primary matter of the universe, the so-called quark-gluon plasma, is not there. The reason is that in the moment of the Big Bang were in the nature of a giant temperature and energy, which are now no.

About ten years ago physicists found that these conditions can be reproduced, if you push enough heavy ions with each other using powerful particle accelerators. And they were confident that other way “kwaga” to or study impossible.

Now, scientists from Aalto University and Institute for theoretical physics Russian Academy of Sciences in Moscow found out that the analogs of the primordial matter of the Universe can be obtained without heating and cooling the source material.

During the exploration of helium-3 as further cooling several times through phase transitions — it dramatically changed its structure and properties, as the nature of the interaction between the atoms was varied due to the temperature drop.