Medina predicted the world transition to the Internet “passport”

Internet access worldwide in the future will be done through personal ID, “passport”, said the Minister of culture of Russia Vladimir Medinsky in an interview to TASS. According to him, now the Internet is “too free” area in need of regulation. 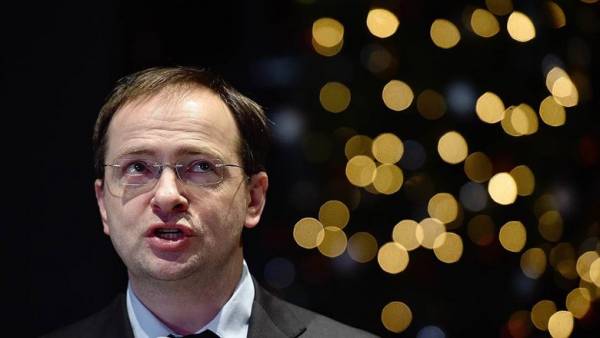 He stressed that the Internet is not included in the area of competence of the Ministry of culture. “It’s just my personal prediction, — explained the Minister.— You asked me about impressions on the Internet (movies.— “Kommersant”), I answer: in a short time the entrance to the Internet is via a personal ID. And that the registration and release of products will be only using the ID, it is one hundred percent.”

The Minister called systemic question, the introduction of the Internet in General legislative framework. “The Internet is a difficult environment, — said Vladimir Medinsky.— There are no ready-made solutions. Just go and disable and then hunt on the boundless expanses of the Internet for all offenders is an ineffective solution.”

We will remind, “the law of Spring” and the extension of the institution of blocking web-sites in Russia were not sufficient to ensure the safety of users. In the national project “Digital economy”, which from the state budget it is planned to spend 1.1 trillion rubles, included other initiatives, including identification of Internet users.