VLADIVOSTOK, January 20 — RIA Novosti. The inhabitants of the European part of Russia will be able to observe the lunar Eclipse of 21 January to the naked eye, but it would be best to use a telescope with a neutral filter, to including to see the penumbral phase, told RIA Novosti leading researcher of the School of natural Sciences far Eastern Federal University Evgeny Zubkov said. 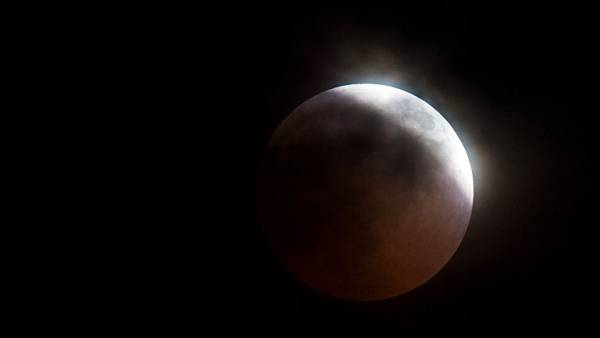 Total Eclipse of the moon will happen with 06.34 09.51 till Moscow time on January 21. At this time the Moon will pass through the orbit close enough to Earth, her apparent diameter will increase by approximately 8% in the earth’s shadow will enter SUPERLINE.

“The Eclipse will occur well in North and South America, in the European part of Russia and it also can be observed: the penumbral, the private, and before the moonset at the horizon for observers will be a visible full phase”, — said Zubko.

According to him, moonset in Moscow it is expected about 8.46, that is, until that time, the Eclipse will be visible there. Residents of Primorye, on the contrary, this phenomenon will not see.

“All Eclipse of the moon can be divided into three phases. The so-called penumbral, it (naked) eye can not see, you need to use special equipment, telescopes. A partial Eclipse is when the Moon is partially immersed in earth’s shadow. And total Eclipse. The moon is fairly bright object in the night sky, and if someone will watch the Eclipse with telescopes, it is highly recommended, at least until the Moon is completely left in the shade, use neutral density filters to absorb the brightness of the moon surface to the observer,” — said the source.

The expert said that for the observation preferred a telescope, we can see how the Earth’s shadow moves across the moon’s surface, but it is optional.

“Especially in the greatest phase of the Eclipse will be visible all naked eye. The Moon, plunging in shadow, not “disappear” completely, and acquire color from red to red-brown. This is because the Moon is not completely obscured by the Ground, and some part of light is refracted in the Earth’s atmosphere and is headed towards the moon. Therefore, even in full shade, it is partly lighted by the light refracted in the atmosphere,” — said the scientist.

Zubko added that the tint of the moon to the observer in this case will depend on the degree of transparency of the atmosphere. This figure is not constant, it depends on season, year and many other factors. “To predict the exact color of the moon is difficult, but it will definitely be visible to the naked eye”, — concluded the expert.