Israel entered into an open confrontation with Iran

Israel entered into an open confrontation with Iran and is ready to escalation of the conflict if Iran tries to gain a foothold in Syria. This was stated by the Israeli Minister of intelligence and transport Minister Yisrael Katz, the newspaper The Jerusalem Post. 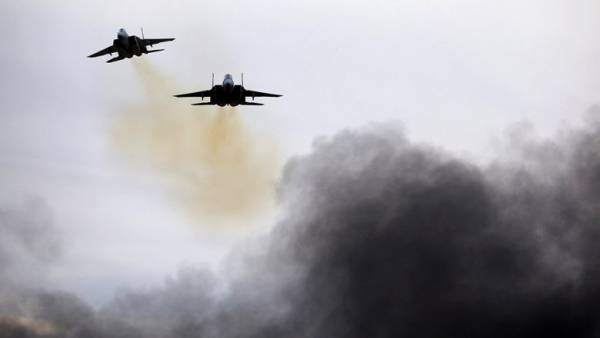 According to him, the Israeli air force attack on Iranian facilities departments, “al-Quds” in Syria — a clear message from their commander Qasem Soleimani and the Islamic revolutionary guard Corps.

He stressed that Israel is not just immediately claimed responsibility for an airstrike. “Our policy has changed, said Katz, Is an open confrontation with Iran. When we need to be strengthen, we will strengthen”.

The Minister also noted that the missiles “ground-ground”, released on Sunday, January 20 at the Golan heights from Syria, was aimed at the ski resort on mount Hermon. This attack was intercepted by the missile defense system Israel’s “Iron dome”, a video intercept has published in his Twitter the armed forces of the Jewish state.

In response the Israeli air force January 20, struck at Iranian military facilities in Syria, and then, on the night of 21 January — Syrian air defenses. The attack killed at least four Syrian soldiers and destroyed at least one anti-aircraft complex “Shell-S1” Russian production.