ROSTOV-ON-DON, 21 Jan — RIA Novosti, Yulia Nikulina. Three Russian servicemen were killed and two others injured because of a fallen in the Abkhazian gorge BTR-80, the press service of the southern military district. 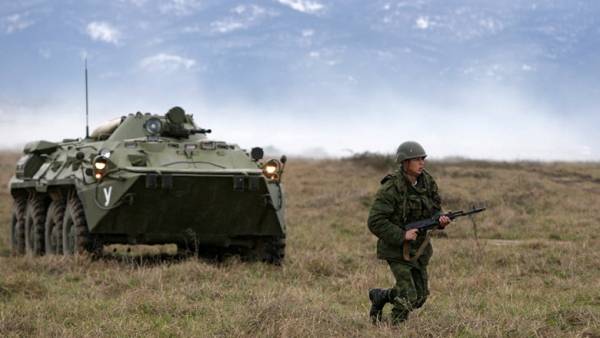 “The eighteenth of January in the following columns of military equipment from mountain landfill Tsabal to the point of permanent deployment in Abkhazia in a difficult section of the road BTR-80 fell into the gorge. In the accident three soldiers were killed,” — said in a release.

Two injured soldiers quickly evacuated to the district military hospital by helicopters. In what condition they are in now, is not specified.

The Commission of the military district is considering several versions of the incident. One of them is a technical failure of the armored car, the other driver lost control of the car.