MOSCOW, 19 Jul — RIA Novosti. The official representative of the foreign Ministry Maria Zakharova asked the head of “RUSNANO” Anatoly Chubais, what steps he has taken to help the poor Russians. 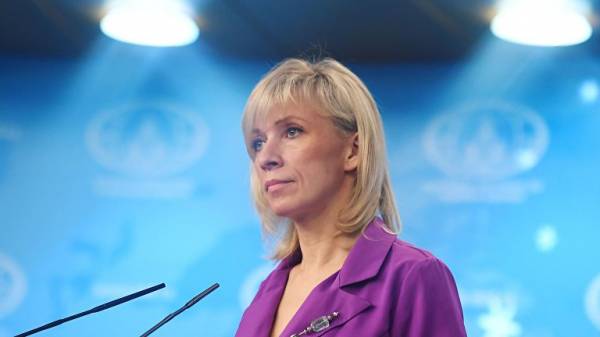 So Zakharov responded to a post of Chubais, in which he commenting on his statement about the “extravagance of the Russians, wrote that Russia is a poor country.

“Russia — the richest country. And that is why “a significant part of the population lives in poverty or very poor”, I would like to know a man for decades who was a member of the government and top Manager the key areas of the domestic economy”, — she wrote in Facebook.

In addition, Zakharova said ironically over what is posted on the website of “echo of Moscow” the statement Chubais called “now watch your hands”.

“Anatoly Borisovich, do Your?”, — said the diplomat.

Recently, Chubais also joined the debate with the TV presenter Vladimir Solovyov. The discussion started with the fact that the head of state Corporation have responded negatively to the Russian power supply system, noting that due to the low cost of electricity, the Russians spend resources wastefully. Solovyov said Chubais, citing statistics, as he accused his opponent of incompetence.