Moscow. 18 Jan. INTERFAX.RU a Businessman Oleg Deripaska will insist on verification of income of Communist party leader Gennady Zyuganov, has informed “Interfax” the representative of the businessman. 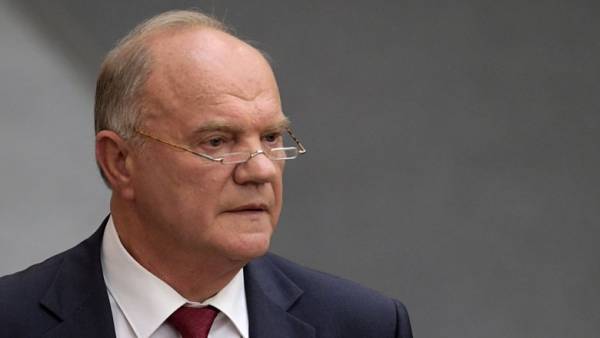 “We will initiate, and will insist on conducting a comprehensive inspection of income, Gennady Zyuganov,” — said the Agency interlocutor.

Earlier on Friday Gennady Zyuganov said he was ready to answer the claim of businessman Oleg Deripaska and will not abandon the demands to create the Commission on investigation of his business activities.

“Deripaska has decided to sue me. He is suing our legal service works (in response to filed by Oleg Deripaska claim — if). But I will insist on the establishment of the Commission and investigation throughout the supply chain of this unprecedented against our country and national security crimes,” — said Gennady Zyuganov.

In his opinion, we are talking about the loss of control of Russia in a strategic country for the industry — the production of aluminum.

On 17 January it was reported that the Tver court of Moscow has registered the claim of the businessman Oleg Deripaska to the Communist party leader Gennady Zyuganov.

As previously reported by the representative of the businessman, the reason for the suit was the statement of Zyuganov at the meeting of the State Duma of January 9, when the head of the Communist party made a statement, which “called the business based Deripaska, Scam and crime.”

According to him, Deripaska asks the court to recover from Zyuganov moral damages in the amount of 1 million rubles.