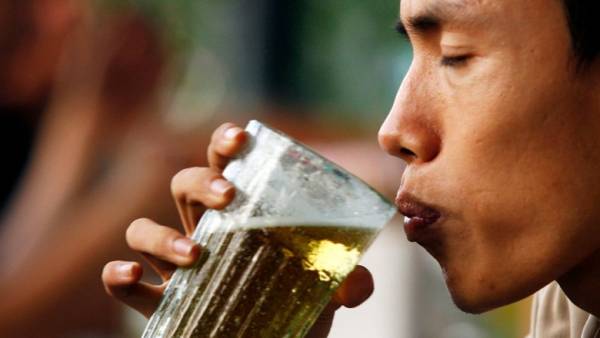 The man was hospitalized with signs of poisoning. According to the head of the intensive care unit, Le van Lam, the level of methanol in the patient’s blood in 1119 times exceeded norm.

To save his life, doctors immediately transfused him in the stomach three cans of beer and thus slowed down the processing of methanol is his liver.

After that, the man poured into the stomach 12 cans — one per hour, until he came to. All this time doctors performed dialysis — cleaning the blood of deadly toxins.

Dr. Lam explained that the stomach and human intestines continue to allocate alcohol in the blood, even if he is unconscious or has stopped drinking. Nhat lost consciousness, when the methanol in his body had oxidized to formaldehyde, which in turn produces formic acid. The doctor noted that alcohol enters the body in two forms methanol and ethanol, and the liver first breaks down ethanol. It was used by doctors, choosing a method of treatment.

The man was discharged from hospital three weeks later.