Three members of the “artillery barrage”* removed part of the charges 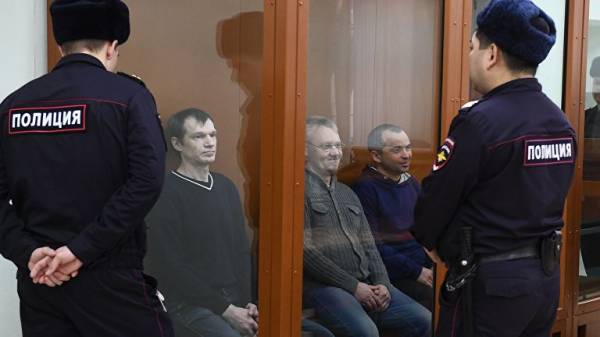 “Remove Dmitriev, Ivanov and Ozerov under part 2 of article 205.4 of the criminal code in connection with the refusal of the charges in this part,” said the Prosecutor, addressing the court with the appropriate petition.

Earlier, the court started consideration of the merits of the criminal case against activists of “artillery barrage”* Oleg Dmitriev, Oleg Ivanov and Sergey Ozerov. The investigative Committee opened a case about the terrorist community, the English court of Moscow in mid-November 2017 detained. All three, according to investigators, the unemployed, “have the skills of conspiracy” and participated in the preparation of the terrorist act in Moscow.

According to the FSB, the unregistered movement “Barrage”* and the Internet project created by Vyacheslav Maltsev “to organize the revolution in Russia”. In July 2017 against Maltsev was filed on extremism, and he went abroad for fear of arrest.