The President of Russia arrived in Serbia on an official visit. 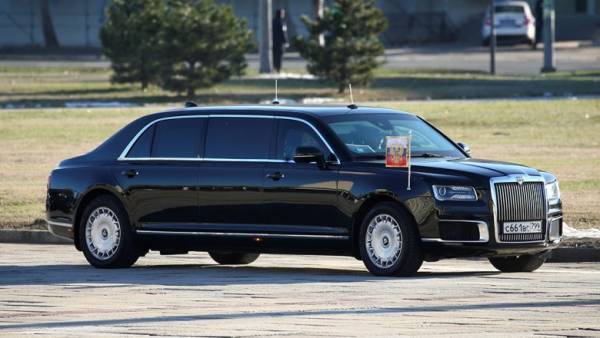 The President of Russia Vladimir Putin arrived with official visit to Serbia. In Belgrade the Russian leader personally met his Serbian counterpart, President Alexander Vucic. The heads of state left the territory of the airport Nikola Tesla at a new Russian limousine Aurus. The first point of the route of the presidential motorcade became a memorial to soldiers-liberators — Putin and Vucic paid tribute to the victims during the Second world war by the laying of wreaths.

Putin and Vucic at the memorial cemetery of Belgrade honored the memory of Soviet and Yugoslav soldiers pic.twitter.com/tbe0jEXdZa

media: the Serbian security forces do not bind the detention of Wahhabi with Putin’s visit

Putin in Serbia scheduled several important meetings, including with the Minister of construction, transport and infrastructure of Serbia Zorinoj M., Minister for innovation and technological development Nenad Popovic and other members of the Serbian Cabinet of Ministers. In Belgrade, Putin must also meet with the Chairman of the presidency of Bosnia and Herzegovina Milorad dodika. The Serbian side expects that in the framework of these meetings will be covered the most important topics related to military-technical cooperation and energy.

In the framework of the cultural program for the Russian delegation is scheduled to visit the building of the house of Republika Srpska, the exhibition dedicated to the Russian-Serbian relations from the early nineteenth century to the end of the First world war. The Russian leader also plans to visit in Belgrade St. Sava temple — one of the largest religious buildings in the Balkans.