One of the pilots facing the su-34 found alive

Moscow. 18 Jan. INTERFAX.RU — help to the victim is sent a fishing boat. 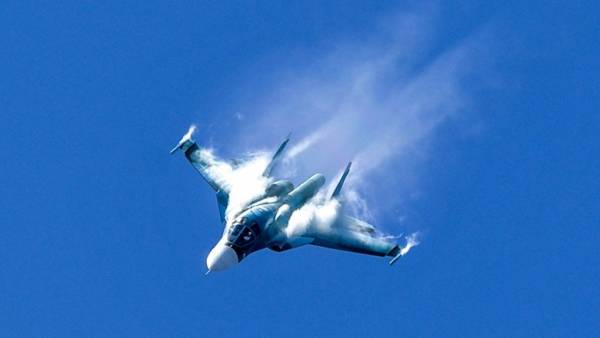 The military found one pilot of the su-34, he is on a life raft and delivers the light signals, according to the defense Ministry.

“This district is approaching a fishing vessel that was in close proximity”, — stated in the message of the defense Ministry. The Ministry added that the ship will reach the place of discovery of the liferaft for 20 minutes.

The pilot found the crew of the helicopter Mi-8.

A collision of two su-34 bombers occurred when performing routine training flight over the sea of Japan, 35 km from the coast, the crews ejected, reported the information Department of the defense Ministry.

“On January 18 at 08:07 Moscow time when performing routine training flight over the sea of Japan, 35 km from the coast in the course of the maneuvering has occurred in the touch down of two su-34 the far Eastern Association air force and air defense”, — is spoken in the official statement of the defense Ministry.

The Ministry noted that the aircraft flew without ammunition. Crews were able to eject.