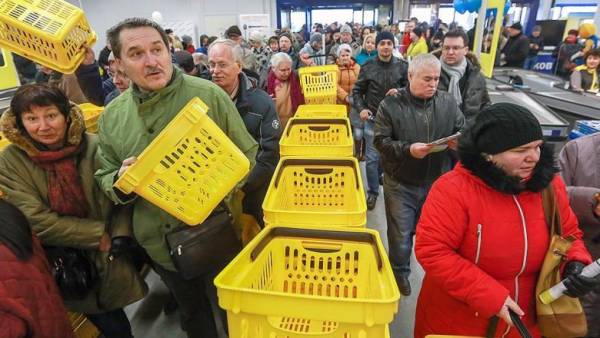 As follows from the data holding ROMIR, in December 2018, the Russians spent in nominal terms, the largest amount in the last four years. However, if you take into account the level of accumulated inflation, their spending was the lowest in the same period.

Costs of Russians in December 2018 increased in comparison with November and nominally was the highest over the last four years, however, the real costs were the lowest for the same period. These data are the results of their research on Thursday announced the holding “ROMIR”.

The study is based on data from the Skan-panel of households “romira”. It is based on information on the consumption of 40 thousand Russians, 15 thousand households in 220 cities with a population of 10 thousand people or more, which reflects the purchasing behavior of residents of Russian cities.

In December, the General daily expenses of Russians grew by 13.2% compared to November and of 1.6% compared to December 2017. Also they were the highest over the last four years. However, in the context of the year spending growth in more than 2.5 times inferior to the size of the accumulated annual inflation of 4.3%. Thus, even with high level of nominal spending real spending were the lowest over the last four years.