In the Northern hemisphere of Titan, after all it is summer and raining methane rains

Planetary scientists from several American universities showed that more than two years ago near the North pole of Titan, after all the rains began, and this is the first — and welcome — evidence of the beginning of the summer season in this part of the largest moon of Saturn. Identified this satellite image, taken on 7 June 2016. 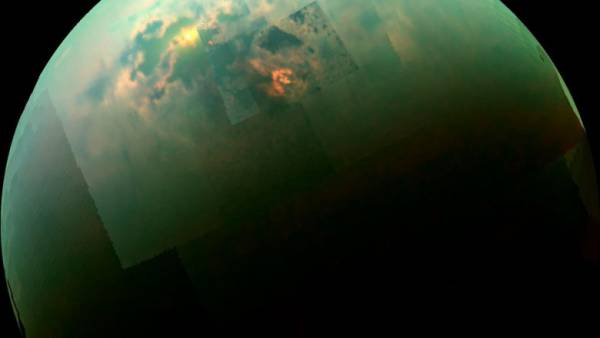 Space station “Cassini” was launched to Saturn in 1997 flew to him in 2004 and led the observations of this gas giant and its moons until 15 September 2017 when it burned up in the atmosphere of Saturn. During operation, Cassini has helped scientists learn more to see and explore the rings of Saturn, see Titan’s surface and to detect the geysers on Enceladus.

Pluto again suggested to be the planet

Because Titan, like Earth, has an inclination of an axis of rotation (27 degrees at Ground level — 23° 44′), it also has seasons. However, the year on Titan lasts about 30 earth years, so each season lasts a little over 7 years. And if you have the seasons must be changing climatic regimes to see which is already quite a long time trying researchers.

When Cassini flew by Saturn in 2004, it was summer in the southern hemisphere of Titan.