In Norway detained a 20-year-old Russian who is suspected of committing an assault with a knife in Oslo. This was told by Marie Benedict Bjornland, head of the Norwegian intelligence police and security services, reports local newspaper NRK. According to her, the case is being investigated as a possible terrorist attack. 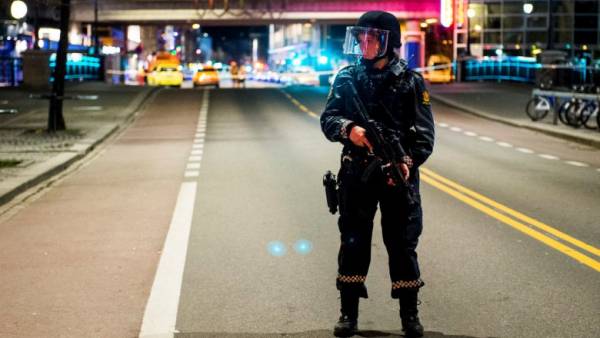 As told Bjornland, the suspect arrived in Norway via Sweden on Thursday, January 17. At present to connect him with any terrorist organization before, but it was his own testimony led to the fact that the investigation took over the police security service, she said.

I can’t elaborate on the questioning, but he said he wanted to commit a terrorist act and kill a few people.Marie Benedict Bearlandbucfan Norwegian intelligence

Others involved in the crime was not reported Bjornland.

The attack occurred on the eve in Oslo: a man struck a woman with a knife in the back when she was paying for the goods. She was taken to the hospital in critical but stable condition. The assailant was arrested near the scene.