MOSCOW, 17 Dec — RIA Novosti. Found at St. Andrews University in Scotland, the periodic table of chemical elements was the oldest in the world, according to the portal Phys.org. 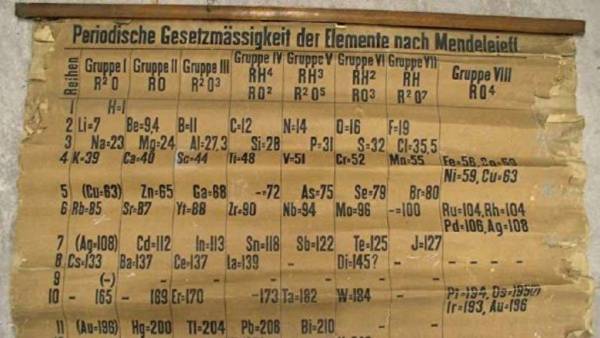 It while cleaning found Dr Alan Aitken. Table lying in the warehouse of laboratory equipment that accumulated in the room after the relocation of the faculty of chemistry.

An international team of experts confirmed that the discovery dates back to 1885. He periodic law was discovered by Dmitri Mendeleev in 1869.

The table indicates that it was made Vienna one of the printers who worked in the period from 1875 to 1888. Another signature of the author of the lithograph died in 1890.

It is also noted that the table shows the gallium and scandium, opened in 1875 and 1870 respectively, while Germany (1886) to her yet.

Read also: the Moscow chemists have created “the sword of the Jedi”