SARATOV, January 17 — RIA Novosti. The head of Saratov Mikhail Isaev after the trip continued to go to work by public transport, on Thursday, he drove from the village of Agafonovka on the outskirts of the city on the bus and was unhappy with the rudeness of the driver and the disgusting technical and sanitary condition of the cabin, reported the press service of the city hall. 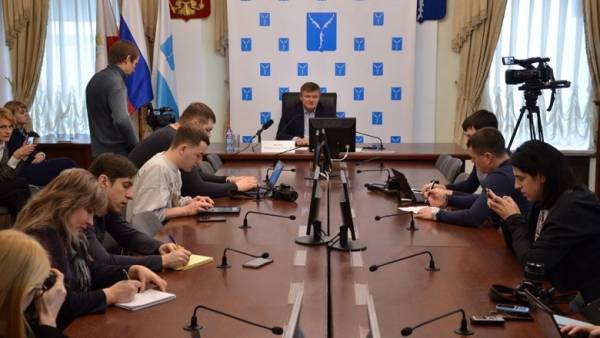 Isaev on the background of the problems with snow removal on city roads on January 9 travelled to work by public transport and a little late to scheduled in the city hall briefing. According to the city hall, in the subsequent working days — 10, 11 and 14 January — Isaev also travelled by public transport, inspecting his work on routes from outlying neighborhoods. Tuesday Isaev was in business trip in Moscow, but promised to resume the trip from the outskirts of the city by public transport.

the Russians have called the most dangerous form of public transport

As reported by the press service, Thursday, 7.10 (6.10 GMT) Isayev drove from the village of Agafonovka in the city centre by Shuttle van № 58 in 40 minutes.

“Significant congestion was not observed … Sanitary and technical condition of the interior of the van in which I rode, disgusting, despite the fact that it was imported and relatively new car: dirty, dark, the Windows can not see anything, as they are “full” some advertising stickers. The driver was rude to passengers,” — quoted Isayev, the press service.

“In this regard, the carrier a lot of questions, but at least their “Transport management”. Demand immediately to understand why such cases are the place to be, why the rolling stock is in such poor condition goes on the line, why the driver believes it is possible to so correctly to behave,” added the mayor.

He also noted the poor state of the last stop in Agafonovka and pointed to the need for a clearing where the road from snow:

An enlargement of the main highway on the route from the village is a street Klochkova. In this regard, I’ve made comments to the head of administration of Oktyabrsky district and of this order promptly to carry out activities on the improvement of the designated facilities.