In the Serbian town of Novi Pazar, which is the village centre, a predominantly Muslim region of Sandzak, the security services detained several of the Wahhabis. They found weapons and materials for making explosives. 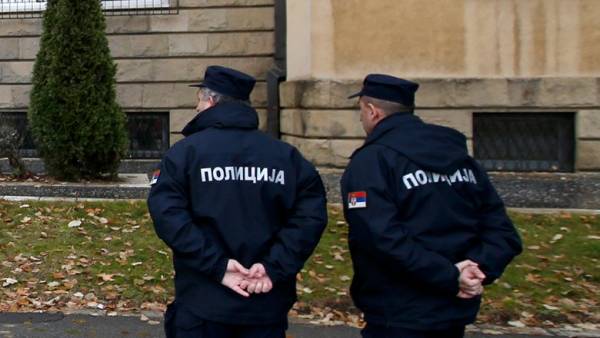 In particular, 21-year-old Islamist Armin Alibasic was arrested by Serbian security services and the police in the evening on Sunday. According to the Belgrade newspaper Blic, the arrest had been made on one of the streets of Novi Pazar. In the backpack of a detainee was discovered the rifle with telescopic sight and a few knives.

After that, the house of Alibasic in an urban area Bukres was searched. The result was the propaganda and symbols of the terrorist organization “Islamic state” (banned in Russia), and in the attic — chemicals which, according to experts, can be used to make explosives.

In recognition of the source in the Serbian law enforcement bodies, special services Alibasic watched a long time as he was actively in contact with a group of Wahhabis involved in sending mercenaries to Syria. During interrogation the detainee said that “recognizes neither Serbia, nor any other government or public authorities”, and called himself a “true believer”. The investigators have to establish how it intended to use chemical agents and weapons. A day later, in Novi Pazar was detained two radicals.

The arrests, some Serbian media immediately linked with the forthcoming visit to Serbia of Russian President Vladimir Putin arrives in Belgrade on Thursday. Journalists declared that the detainees could prepare a terrorist attack during the visit of the Russian leader. However, official confirmation from the Serbian law enforcement, this version has not received.

Hello Serbian morning papers, a day before Putin’s visit. Politika and Novosti publish an interview with Putin. “Unlike the west, we do not make you choose between Russia and the EU” / “We have many friends in the Balkans, but Serbia is our strategic partner” pic.twitter.com/Gy0DsFEJqj

See also: Putin called “politicking” the establishment of the new Church of Ukraine