BELGRADE, 16 Jan — RIA Novosti. The Agency of information and security (BIA) of Serbia and the police detained in the town of Novi Pazar and member of the Islamist movement suspected of preparing a terrorist attack, the newspaper writes Blic, citing its own sources. 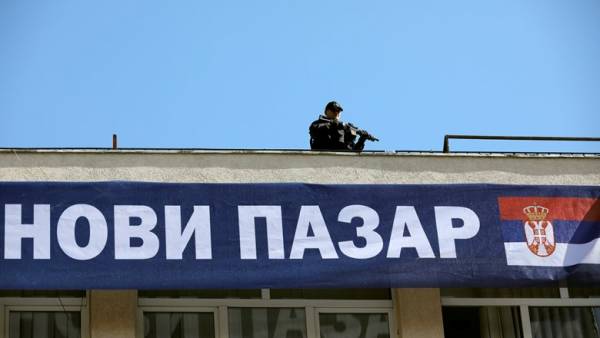 Dvadtsatiodnoletny Armin Alibasic on Sunday detained on the streets of Novi Pazar, 260 kilometers South-West from Belgrade, in the backpack when it found a BB gun with a telescopic sight and a few knives.

“After this, a search was conducted of his house in the village Bukres, in which was found the flags of the IG* promotional materials and literature of this terrorist organization. In the attic of detected chemicals, which can be used for making explosives,” — said an unnamed source.

It is specified that unknown, could the detainee was found using chemicals to create an explosive device.

“The investigation will show, if he could and wanted to make a device and how to use it then. We know that our service has long had the information that he is a member of the radical Islamist movement, which operates on the territory of Novi Pazar and the surrounding area. It has also been associated with the young people planning to go to Syria,” the newspaper quoted the source.