The press Secretary also admitted that he did not know about the plans of the President regarding his marriage. 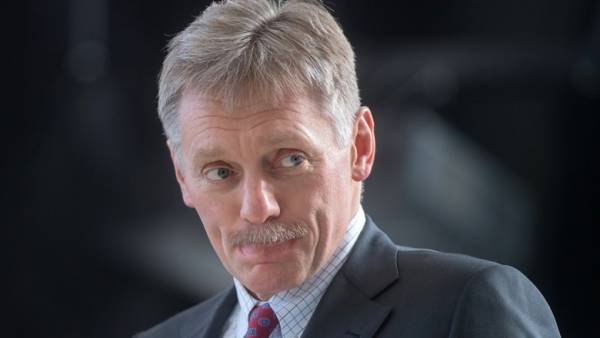 Press Secretary of the President of Russia Dmitry Peskov admitted that Vladimir Putin expresses his negative attitude to the person or the ongoing processes in such a way that “blood curdling”. The head of the press service of the Kremlin declined to answer the question whether the head of state profanity.

“I’ll leave this without a response. I can only say that, as any normal man, of course he can Express his negative attitude to one or another person or process. And so that the blood run cold”, — said Peskov on a question of journalists of the newspaper “Arguments and facts” about arguing whether Putin and if he is using thus obscene expressions.

Peskov admitted that there are times when its President to scold for mistakes. “Of course it is. Let’s not forget that I am a person who officially “carries a Blizzard”. To protect yourself from punctures, press Secretary has only one option: to remain silent. But why you need a press Secretary? he said.

Answering a question of journalists of a well-delivered speech of Vladimir Putin, even during impromptu public speeches, the press Secretary admitted that he did not know whether the President teacher of oratory. “It’s all mostly based on experience: Putin speaks, conducts many of the negotiations… do Not forget about the fact that he received a good education. In addition, he is a man who never ceases to learn”, explained Peskov.

Commenting on the personal life of the President Dmitry Peskov admitted that asks Vladimir Putin about the plans to marry. According to him, the marital status of the head of state does not affect the performance of their duties.