Canada concerned by death sentence for its citizen in China

OTTAWA, January 14. /TASS/ — the Arrested in China Lloyd Schellenberg in the case of drug trafficking was sentenced to death. 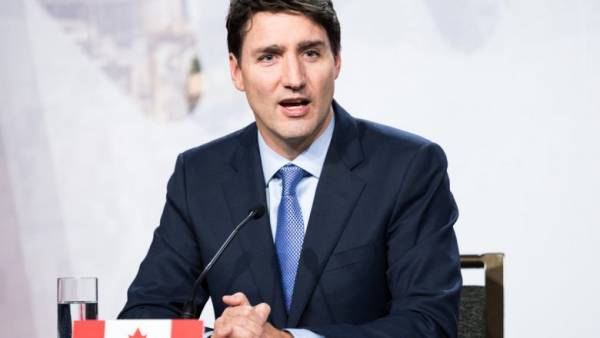 The government of Canada is extremely concerned about reports that a canadian citizen Lloyd Schellenberg was sentenced in China to death for drug trafficking. On Monday he told reporters in Ottawa the Prime Minister Justin Trudeau.

“We as a government are seriously concerned about… the fact that China decided without good reason to apply the death penalty against a canadian citizen,” he said.

According to him, this must be a cause for concern for “international friends and allies” of Canada.

Earlier it was reported that the arrested in China on charges of drug trafficking, the canadian citizen was sentenced to death. The defendant was found guilty of smuggling more than 220 kg of methamphetamine. The court also ruled to confiscate to the state all his property.

According to the initial court decision handed down last month a canadian was sentenced to 15 years imprisonment. A rehearing was held after the appearance of new evidence, aggravating the guilt of Schellenberg. He became the first in the last nine years by an alien sentenced to death in China.

Under PRC law, persons engaged in the manufacture, sale and transportation of narcotic drugs weighing more than 50 grams, is threatened by capital punishment. Despite this, drug trafficking is still considered in China one of the most topical problems: for 2017 power has revealed 165 thousand cases of drug trafficking, arresting 194 thousand. There are more than 360 rehabilitation centers, where for the last ten years have passed compulsory treatment of more than 1.3 million drug addicts.