WARSAW, Jan 14 — RIA Novosti. Man, wounding of the mayor of Gdansk Pavel Adamovich during the charity concert, explained their actions revenge for the torture in prison, according to Polish television TVN24 citing data from the investigators. 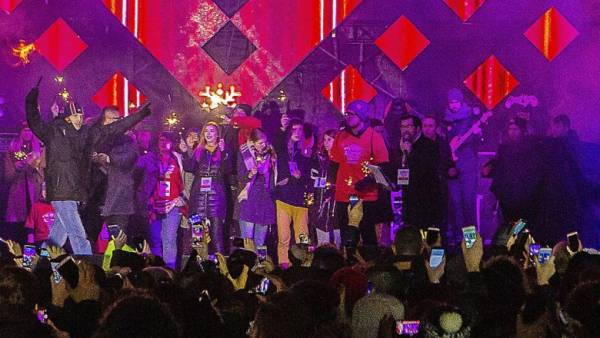 Armed with a knife man attacked Adamovich Sunday night during a charity concert in Gdansk. According to local media, doctors for a long time revived Adamovich at the scene, then transported to the hospital. Attacking it is detained, the motive is not officially reported. Attending the event, journalists reported that the man before the attack were screaming about what was illegally sentenced to a prison term.

According to the channel, the investigators interviewed the suspect immediately after the arrest, the night he will spend in custody. Monday will decide on the qualifications of his actions, and the measure of restraint.

It is reported that 27-year-old suspect in 2013 was arrested for the robbery of four banks in Gdansk.

The court sentenced him to 5.5 years in prison, which he considered too harsh a punishment. The suspect told investigators that “he was treated very badly in jail he was tortured”, stressing that this happened during the work of the government, now the opposition party “Civic platform”, the channel reports.

It is noted that the testimony of a suspect consistent with the fact that he was screaming from the scene before the attack on running. The mayor of Gdansk for 15 years he was a member of the party “Civic platform”, but in 2015 left its ranks.

According to police, after he received several stab wounds. The media claim that one knife blow was in the stomach, once in the chest in the heart area. Currently the mayor is in surgery, the operation continues more than three hours. Doctors urged local residents to donate blood, as Adamovich assessed as extremely difficult.