Scientists have named the most effective remedy for cough

The best remedy against cough and respiratory diseases is chocolate. To such conclusion scientists from the University of hull (UK), writes the Daily Record. The researchers observed the condition of 163 patients suffering from a cough and took medication with the addition of cocoa.

After a few days of treatment, people feel significant relief. It turned out that the substance theobromine (an alkaloid of the cacao) better suppresses the urge to cough than codeine, which is often used in cough medicines. 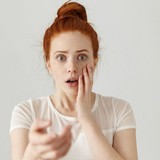 8 foods and drinks that will not protect you from colds

According to Professor Alyn Morice, head of cardiovascular and respiratory studies, University of hull, this effect is due to the ability of chocolate to envelop the throat and block the nerve endings, thereby inhibiting the desire to coughing.

Scientists believe that in the treatment of cough patients can reduce the dose of medications, replacing them with a piece of dark chocolate, which should dissolve in the mouth.

It is noted that the beverage cocoa or hot chocolate help to reduce cough and even add to the irritation of the throat.

In December, experts of “Roskontrol” checked chocolates, sold on the shelves of Russian stores, called best.