In the late 1970s and early 1980s, years Miami was drowning in blood, cocaine and millions of dollars in cash. Shot in the streets and blown up, and the corrupt police were not before. 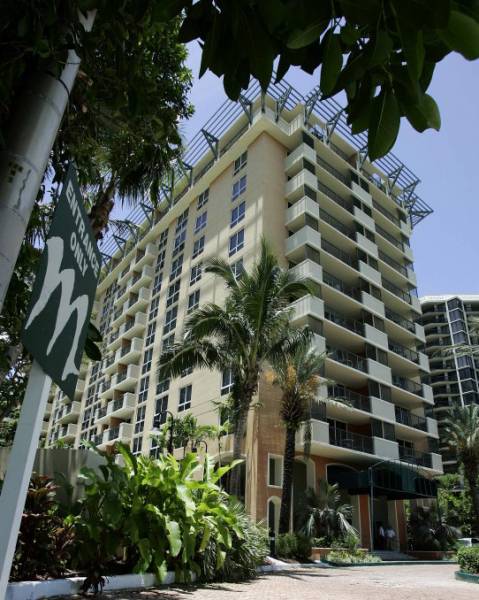 The so-called cocaine cowboys (drug traffickers from Latin America, primarily from Colombia — approx. ed.) brought a wave of violence in the quiet town where once loved living seniors: Miami suddenly transformed into a real capital murder.

In the midst of all this chaos there was a strange, surreal place where mobsters, officials and celebrities spent the nights full of glamour, alcohol, sex, and drugs.

“It was a Paradise in the middle of hell,” describes this place in the conversation with the Spanish-speaking service Bi-bi-si Mundo writer and journalist Roben Farzad, author of the book “Hotel “Scarface”: cocaine cowboys had fun and shared control over Miami.”

In his book, Farzad describes the Mutiny hotel which is a ten minute drive from downtown Miami.

At that time, the Mutiny was the center of local elites and urban chic. “In new York was Studio 54 (the famous night club and disco — approx. ed.), in Miami was Mutiny,” says Farzad.

The hotel was a kind luxury showcase, where you could see the rich people and the show itself.

Colombian and Cuban mafia are burning through thousands of dollars there, and next to them lived the rock star of Led Zeppelin, The Eagles and Fleetwood Mac, Barbara Streisand, Liza Minelli, Arnold Schwarzenegger.

“One of the guests was a poor young singer named Julio Iglesias. He begged a local DJ, so that he set a record of his songs,” says Farzad.

According to the journalist, in Mutiny, there were also prominent politicians, among them Senator Ted Kennedy, the brothers Jeb and George Walker Bush, and Hamilton Jordan, chief of staff of the White house under President Jimmy Carter.

However, the Mutiny hotel had its dark side. In the elite society infiltrated by drug lords who had filled the city with cocaine.

There is information that the famous Colombian drug Lord Pablo Escobar, at least once stayed in a Mutiny, says Farzad.

“To visit the Mutiny, there was nothing strange. If you were going there for lunch, it does not mean that you are dishonest. The most interesting began there by nightfall,” says the journalist.

Everything in this place was designed for pleasure and all kinds of frills.

The founder of the legendary hotel was Burton Goldberg — the man who was called “the Hugh Hefner of Miami”. In the late 1960-ies, Goldberg decided to create a place where “any fantasy can become reality”.

Given that the main hotel was to be the newly rich people from Colombia, Venezuela, Cuba and Central America, designer of the new hotel decided to design the interior in the style of “seduction of the Latin American macho”.

Was designed for this 130 themed rooms, each of which competed with neighboring quirkiness and extravagance of the design.

Also known case when the group of drug dealers have spent 20 thousand dollars to fill a bathtub with champagne.