While the American military refused to discuss specific troop movements and the timing of “security reasons”. 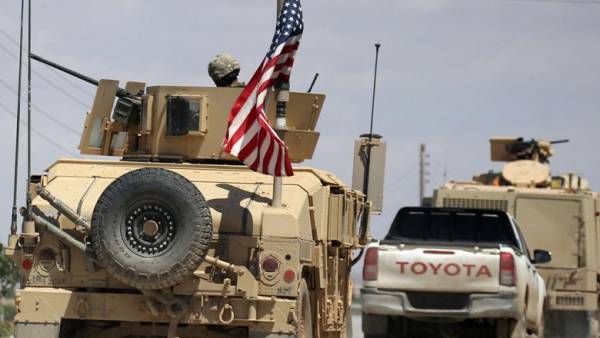 WASHINGTON, January 12. /TASS/. U.S. Department of defense until the beginning of the redeployment of American troops from Syria and is engaged only in logistical issues. This is stated in a statement on Friday the official representative of the headquarters of the operation “Unwavering commitment” to the American army Colonel Sean Ryan.

“We have taken a number of logistics measures to support the withdrawal [of troops from Syria], which was authorized. Security reasons we will not discuss specific troop movements and timing. However, we confirm that at the moment, was not carried out the transfer of troops from Syria,” said Ryan.

The fight against ISIS continues

He explained that “the withdrawal of troops from the North-Eastern part of Syria” koordiniruyutsya by the US government. Ryan reiterated that the US withdrawal from Syria is carried out “taking into account the operational conditions on the ground.” “The United States will continue to support the coalition operation in Syria, while the withdrawal thought-out and coordinated manner to ensure the safety and security of the U.S. armed forces,” — said in a statement.