PARIS, January 12. /TASS/. Demonstrations of the “yellow jackets” gathered on Saturday in various cities of France 32 thousand people. These data resulted in the TV channel BFM with reference to information informally received from law enforcement agencies. 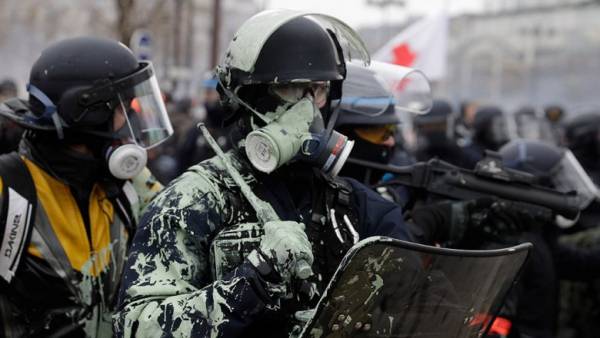 The channel stressed that this is a significant increase in the number of participants, which a week ago as the middle of Saturday there were 26 thousand In Paris as of 14:00 local time (16:00 GMT), there were 8 thousand protesters. It also indicates the increased activity of the protest movement: a week ago, the “yellow jackets” on the streets and squares of the capital were at the same time, no more than 2 thousand

Now in Paris on the avenues near the Etoile, where the arc de Triomphe, are clashes of protesters with the police. In response to flying stones at them, police and gendarmes used tear gas grenades. In the course went in the water cannons, the police make the arrest.

According to recent reports, the morning in the city have detained 59 people. Before the beginning of the demonstrations the police arrested 29 people for possessing weapons or items that can be used as a weapon.