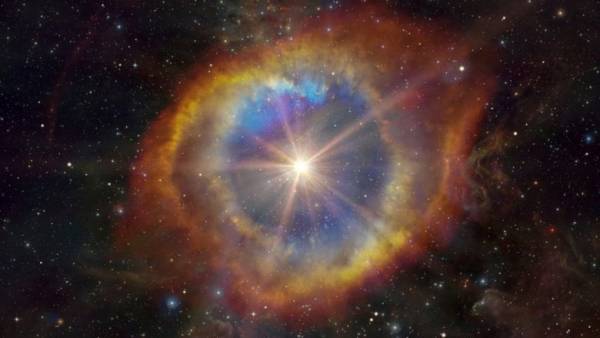 When these signals are known as “fast radio bursts” (FRB), reach earth telescopes, they flare up brightly — thousandths of a second and disappear.

Over the last decade, such pulses was recorded for several decades, but this week the signals were even more strange than usual — they were repeated.

Scientists don’t know for sure what it is exactly and where are radio waves, but they have several possible versions.

When a star explodes and dies, it can turn into a rapidly rotating neutron star. Astronomers believe that those that are in the area of strong magnetic field, can emit such strange signals.

“In General, the option with something similar to a neutron star looks like a pretty good bet,” says canadian astrophysicist from Vancouver Ingrid Stairs.

“is only Noticeable in close proximity”. How the aliens learn about the existence of people

“But the nature of the physical processes involved in the birth process of radio waves is so high energy, we don’t know yet,” she said.

The merger of the two stars

Another possible explanation is the collision of two neutron stars.