TASS, 10 Jan. The foreign Minister of Ecuador, josé Valencia believes that the founder of WikiLeaks (Wikileaks) Julian Assange better to leave the Embassy in London. The head of the Ministry of foreign Affairs said Thursday in an interview with Efe Eme. 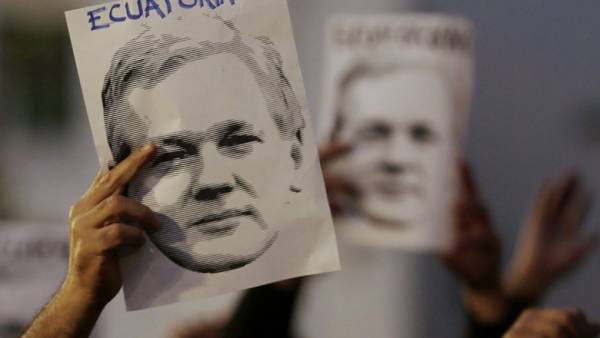 “We see that in this situation Mr. Assange has two options: stay [at the Embassy] for an indefinite period or to surrender [the British authorities]. And we believe that the second option is better for him”, — quotes the words of Valencia’s official Twitter the Ecuadorian foreign Ministry.

The Minister also added that Assange must abide by a set of rules of stay in the Embassy, made the Ecuadorian authorities. This Protocol requires the founder of WikiLeaks to refrain from political statements and regulates the process of reception of visitors, access to communications and the provision of health care.

In particular, provided the rules require everyone who wants to see Assange, including his own protection, to disclose information about their accounts in social networks, the serial numbers of smartphones and tablets. The WikiLeaks founder sought cancellation of the Protocol to court but lost the case.