SK Russia: Russian journalists were killed in the CAR during the robbery

MOSCOW, January 11. /TASS/. A group of armed thugs killed Russian journalists in the Central African Republic who went there to shoot a documentary during the attempted robbery. This was reported by TASS, the official representative of the Investigative Committee of the Russian Federation Svetlana Petrenko, referring to the testimony of the driver of Domokna Bienvenu, interrogated with the participation of Russian investigators. 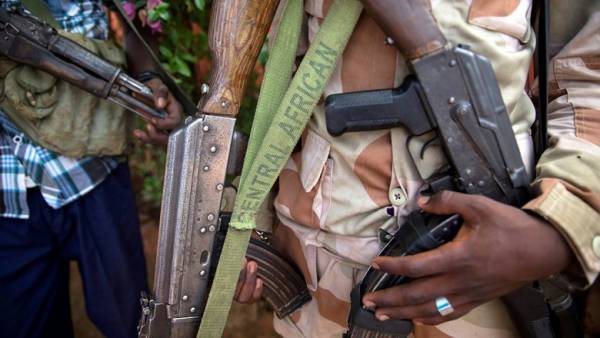 “30 July 2018 journalists departed from Bangui in the town of sibut, where they arrived the evening of the same day. The post on the outskirts of this city, the Central African soldiers offered them to spend the night in the village and warned about the dangers of night travel, however, the Russians, citing a lack of time, still went in the way,” said Petrenko.

She noted that at night, even military patrols prefer not to move across the country because of numerous bandit groups.

Center “Dossier”: the journalists in the Central African Republic was watched by the policeman, which is associated with the structures of Prigogine

“At a distance of 23 km from the town of sibut close to the village of Kpak, the car was stopped by a group of armed men blacks who spoke Arabic. The assailants ordered everyone to get out of the car, began to demand to give things photo and video. After refusing and resisting an unidentified person shot of Russian citizens. The driver took advantage of the fact that the attackers are distracted and the car left the scene,” — said the representative of the UK.

The project control Center “investigation”, sent the Russian journalists in the Central African Republic, has not provided them with security, also noted in the UK.