Missing children will find on the phone

The state Duma has allowed police to track their location using geolocation. 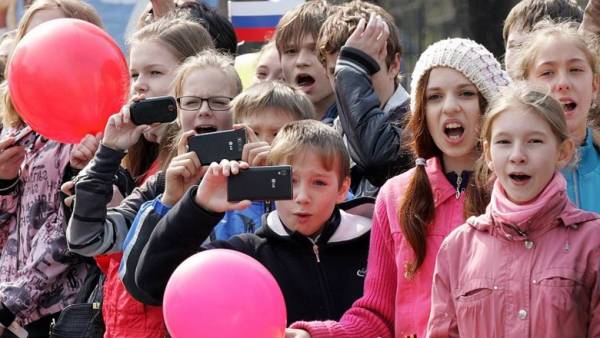 The state Duma in the first reading adopted amendments to the law on operational-investigative activity, allowing the police to find missing children to coordinate their mobile phones. Previously to track phones needed the sanction of the court, will now be a sufficient Declaration of the parents. The experts propose to extend the rule for another and on the search of senior citizens.

Amendments to the law on operative-investigative activities have been developed by a group of deputies led by the head of the Duma Committee on security Irina Spring.

In article 8 of this law describe the cases in which investigative activities, “limiting constitutional rights”, and are the grounds for wiretapping.

The amendments give the police and other security services powers to track “the location of minors on the basis of geolocation customer device” in case a child has gone missing without a trace and the written statement of one of the parents or guardians. If the owner of the SIM card by a third person (not parent child), the police will need his permission. Thus militiamen have during the day to inform the court about the conduct of such surveillance, and within 48 hours to obtain the court’s permission for these activities or to terminate them.

“In search of the missing children have a value of hours and minutes”, — stated in the explanatory Memorandum to the bill, citing statistics about the search 40 thousand missing minors in Russia over the past five years. So, in 2017 wanted was 8 thousand, including 40% of children under the age of 14 years. According to Irina Yarovaya, we can talk about situations where a child is illegally retained by third parties, lost or caught in a “dangerous situation”. The authors of the bill emphasize that every year on the facts of missing children is excited only 10% of criminal cases “from the total number of investigative cases”, while “a significant number” of the missing have mobile phones, tablets and other devices “is enabled in the first hours and even days” of the search. However, police said in the document, even in the case of parents there is no legal basis for monitoring gadgets — this takes the court’s decision.

The search for the child using the geolocation data is a low cost, but highly effective. The proposed measures will give a serious and real chance of saving the child.Irina Travaglia of the Duma Committee on security

The bill was passed in the first reading.

The ex-Commissioner on the rights of the child in the Russian lawyer Pavel Astakhov, calls the bill “can’t wait” initiative: “almost everyone lost in the pocket there is a phone number where you can define the position of a person. But access to this data mobile operators to quickly obtain the virtually impossible. Removing legislative barriers will significantly increase the effectiveness of the search operations”.

According to the Deputy Chairman of the Duma Committee on health protection Leonid Ogula, “professionals can even determine where and how was the device turned off — the battery, turned it off with a button or threw it in the water, it was prior to this movement.” But Mr. Astakhov believes that the initiative should be extended to other age groups: “In the woods lost not only children but also elderly people online search too which is a big problem.”