100 years ago the decree on the requisitioning

On 11 January 1919 the Soviet government issued a decree “On the schedule between producing provinces of cereals and fodder, subject to exclusion at the disposal of the state.” 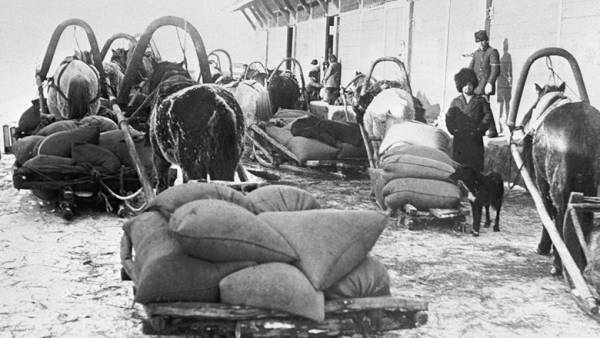 For the army the peasants forcibly seized surplus food, and in some places, as recognized by Vladimir Lenin, and “not surplus”. The cynical destruction of the village put the peasants in opposition to the power of the Reds. The answer to the surplus were the uprisings against the Soviet authorities.

of the proletarian money: how born Soviet chervonets

A hundred years ago, Russia experienced a severe economic crisis, multiplied ongoing Civil war. Back in the summer of 1918, under the control of the Bolsheviks the center of the country as a result of successful actions of the white armies were cut off from the Caucasus oil, Cuban bread, and of the Ural metal. It was impossible to count on the resources of the Ukraine and Central Asia. Under the circumstances, the actions of the Soviet government acquired a largely involuntary.

The government had declared a special internal policy, known later under the name war communism: it involved the nationalization of industry, the ban of private trade, state monopoly on agricultural production, curtailment of commodity-money relations, the centralization of economic management and food schedule — forced withdrawal from the peasants of food.

Such measures are already used during the First world war under the tsarist regime and the Provisional government.

About the same during this period involved the leaders of the Ukrainian people’s Republic and the white guard government formations.

“Well, just the carousel turns: white come — Rob, Reds come — Rob, too. So where will the farmer to go” — complained on this occasion one of the heroes of the cult Soviet movie “Chapaev”.

“Thought, with sorrow I will die”. As the Bolsheviks tried to sober up moonshiners

Even after harvest in the autumn of 1918 the village had tested various methods of product procurement for private purchase, the natural exchange of products, procurement at fixed prices. The Central Executive Committee decree dated October 30, an attempt was made to introduce a tax in kind on peasants, but to collect the tax in kind was not possible. The best results gave the schedule.

In early 1919 the Bolsheviks controlled approximately one-quarter of the lands of the former Russian Empire.