Moscow. January 9. INTERFAX.RU — a Russian lawyer Natalia Veselnitskaya, which, according to media reports, in the United States charged with obstruction of justice, said that the way to interfere with her to present the facts of bribery of American justice and the Congress, upon adoption of the “Magnitsky act”. 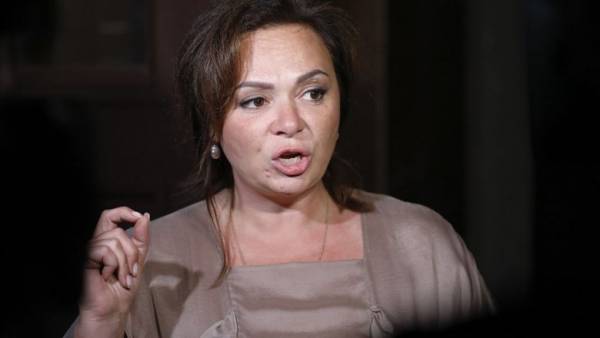 “Not knowing the nature and circumstances (the charges — if), I believe that this is designed not to allow me to carry out their professional activities in a way that is very much painful for the United States of America, and it is associated with the “Magnitsky act”, that sale of justice and of the Congress, which we can facts to say in their work”, — said the lawyer on air of TV channel “Russia-24 (VGTRK) on Wednesday.

A criminal case Veselnitskaya regarded as an attempt “not to let the facts become publicly known.”

According to media reports, the Prosecutor’s office for the southern district of new York sued the Russian lawyer Veselnitskaya charged with obstruction of justice in the United States.

Earlier media wrote that Veselnitskaya was one of the participants of the meeting with the son of Donald trump, held on 9 June 2016. During this meeting Trump Jr. allegedly promised to transfer the dirt on Hillary Clinton, but this information was not confirmed later.