The cords in verse responded to the criticism Milanova

MOSCOW, January 10 — RIA Novosti. The leader of group “Leningrad” Sergey Shnurov wrote a poem in which he responded to criticism from the state Duma Deputy Vitaly Milonov and the proposal of MP administratively punish those who publicly expressed obscenely. 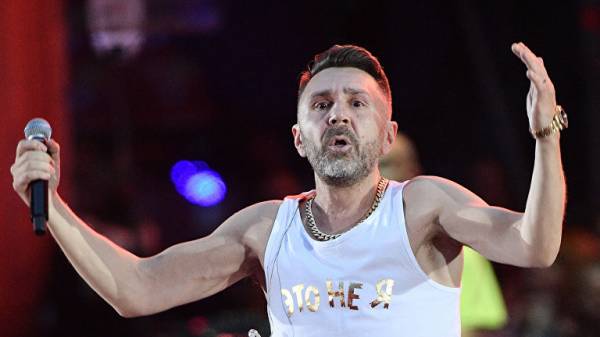 Flushed again sir Milon.
Charitable transported speech.
No, not about the miserable existence of millions,
It kept and was allegorical.
Prophesied, like Isaiah,
The laws of removing from us the surplus
Beard red in anger, shaking,
He talked about the beer and belching.

On the death of Pushkin. Words are not choosing
He rained curses and rudeness Itochu,
He fancied himself a parliamentarian from Paradise
That icon with him, candle, keys.
That weeps the old man at ATM
Think a little not eat.
Now, if the songs would be less than the Mat,
Then adjusted up, I swear.

Disclosed earnings are persecuted by the authorities musicians

Previously, Milonov spoke sharply about the work of the leader of group “Leningrad”, calling it “the burp of pivnik”.

The MP expressed the opinion that currently there is a pervasive “substitute culture” and the playing of music with profanity and the organizers of the concerts are pests and “murderers of Pushkin.”

“Compare the Tretyakov gallery with hangout with prostitutes is impossible. It is trying to connect, our mass culture industry. Terrible trash, the Mat-peremat. Well, as the country may be cultural, if the Cord is singing at the State Kremlin Palace? This is, excuse me, belching of pivnik,” — said Milonov.