Moscow. January 10. INTERFAX.RU — 23 the Russian diplomat was expelled from Britain after poisoning Skripal, then Russia retaliated. 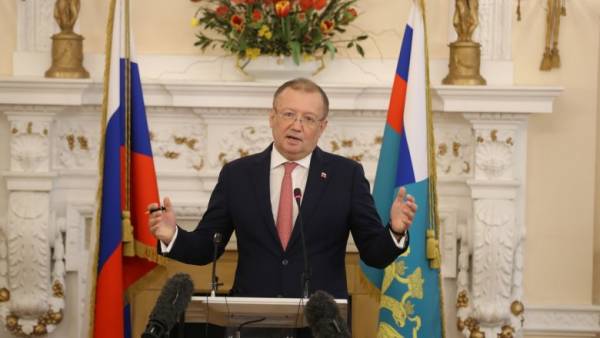 Russia and Britain agreed on a partial replacement of the composition of the diplomatic missions, but to talk about restoration of the population in full even earlier, said to “Interfax” on Thursday in Embassy of the Russian Federation in the UK.

“In December, for the first time since March, Russia and the United Kingdom on a reciprocal basis issued a number of visas for future employees of the diplomatic missions of the two countries. Thus, there will be a partial restoration of strength after the damage caused by the initiated London expulsion 23 23 then the Russian and British diplomats”, — said the representative of the Russian Embassy in London.

The Embassy said that they considered the resumption of the issuance of visas to diplomats as a step in the right direction.

“But to talk about restoring staffing levels in full early. Unfortunately, the British side continues to project the existing political divisions in the conditions of functioning of the Russian Embassy in London and Consulate General in Edinburgh, taking into account the principle of reciprocity is reflected in the British institutions in our country. The dialogue on these issues will continue,” — said at the Embassy.

On the eve of the British Embassy in Moscow, “Interfax” reported that new arrangements on the number of diplomats there. “We had ongoing dialogue with Russia about the diplomatic visas before the events in Salisbury. We regularly exchange visas for the diplomatic staff and will not comment on individual cases. No new agreement was not agreed”, — said the representative of the British mission.

In December last year, the Russian Ambassador in London Alexander Yakovenko said that Moscow and London have reached an agreement in principle on a gradual recovery of the compounds of diplomatic missions in the two capitals from January next year.

We have reached an agreement in principle that somewhere in the month of January diplomatic staff will be restored in Moscow and in London. I’m not sure that this will be done in respect of all employees, at least half of the Embassy will be restored.Alexander Jakovenkovo of the Russian Federation in London

In March 2018 the British government, gave Russia the blame for the poisoning of the Salisbury ex-GRU Colonel Sergei Skripal and his daughter Julia, was exiled from the UK, 23 Russian diplomats. The British example was followed by other countries, and Russia retaliated by sending including 23 British diplomats.