From NASA get special of not invitation

“Roscosmos” is in no hurry to react to the news about the cancellation of the visit of Dmitry Rogozin to the United States. 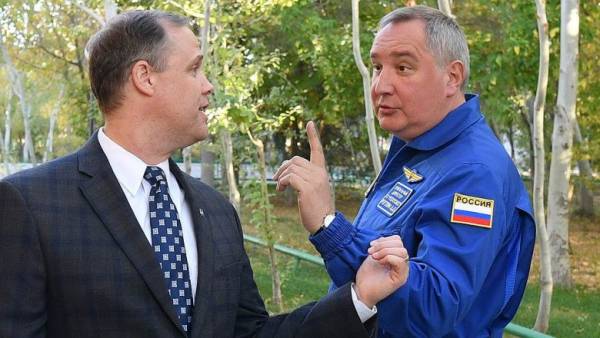 Roscosmos has no plans to break contacts with NASA no part of the lunar program, no other issues, despite the “nasty surprise” in the form of cancellation of the invitation of the head of the state Dmitry Rogozin in the United States, told “Kommersant” in the Corporation. The head of the Agency Jim Bridenstine announced this decision in early January. But, as it became known””, “Roscosmos” has not yet been received from Washington of the formal refusal of the visit, scheduled for February 2019. All decisions about the response from the Russian side, according to “Kommersant”, will take in the first working week of January.

In “Rosatom” have been reported failure of NASA to receive the head of the state Dmitry Rogozin. As told”” official representative of “Roskosmos” Vladimir Ustimenko, the revocation paper invitations still had not seen.

Confirm once again that was only the publication in the media, so formally to admit failure until we can’t.

According to him, the Corporation statements Jim Bridenstine become “unpleasant surprise”, the preparation for the visit by Mr Rogozin, to NASA in February 2019 was in full swing and the “working mode”.

The Corporation downplayed the possible consequences. “No, all these assumptions for an immediate withdrawal from negotiations with NASA on participation in the creation of a lunar station Gateway or no other obligations are without basis. We intend to comply with all the agreements and follow the signed documents, and to act mirrored in the “Roskosmos” not yet”, — said “Kommersant” Vladimir Ustimenko. He confirmed “Kommersant” that the Corporation believes it strange that NASA deals with “Roskosmos” through the media and not directly, and still waiting for clarification.