Center “Dossier”: the journalists in the Central African Republic was watched by the policeman, which is associated with the structures of Prigogine

Policeman Emmanuel Tragende, Kuopio from the Central African Republic, which is allegedly linked with businessman Yevgeny Prigozhin, suspected of involvement in the murder of Russian journalists. On 10 January, reports the TV channel “Rain”, citing sources in the center of the “Dossier”. 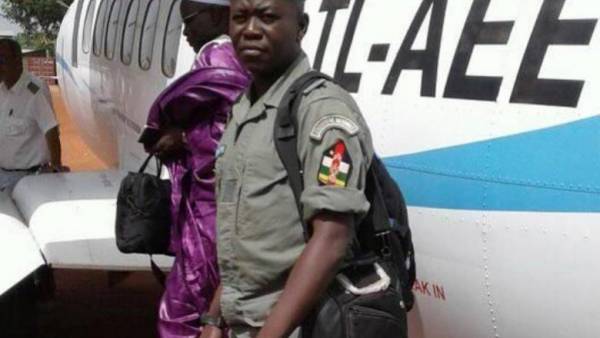 “Dossier” reviewed information about calls from the phone, Kuopio and found that all three of the day, while journalists were in the CAR, the policeman was nearby (across the street or at least in the same area). However, he kept in constant communication with the driver of the Russians Bienvenu of Duwayma.

According to the center, Duocam also worked in the gendarmerie. From 28 to 30 July men called up 47 times. “File” suggests that this speaks of an organized RAID.

“Novaya Gazeta” notes that Kuopio was trained in the Sudan “under the guidance of Russian instructors”. According to “Dossier”, he also was at the scene, and after the murder of journalists in the Central African Republic has received a promotion.

What do we know about “PMC Wagner”

According to sources, in the summer of 2018 gendarme 98 times called Alexander Cell that is allegedly linked with the structures of Prigogine. Combs was employed “as an instructor in the outside observation, recruitment, and intelligence work” in the CAR in “M-Finans” (which is associated with former employee of the entrepreneur).

How to specify “Rain”, “Russian trace” of the CAR stretches to Moscow — Kirill Romanovsky. He works as a special correspondent in the “Federal news Agency”, which has also been associated with Prigogine.