Against Sergei Levchenko on the eve of New year, the Federal media launched a campaign to discredit, the leader of the Communist party. 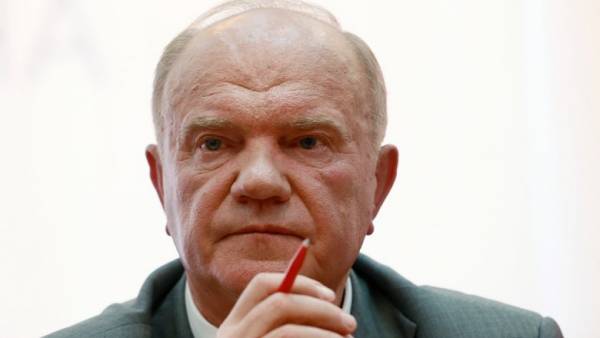 Communist party leader Gennady Zyuganov said that the Federal mass media a few days before the New year started an information campaign for discredit of the Governor of the Irkutsk region, Communist candidate Sergei Levchenko. A series of television programs in which concerned murder, the slaying of the bear regional head, head of the Communist party called the information banditry, calling for the creation of a special Commission to examine the facts, demonizing Levchenko in the information space.

“Within a few days before the New year lost a true record on all the major channels… About the bear illness of the party in power [the results indicate] that showed the Irkutsk oblast. Apparently, the fear was so strong that spectators did not spare eve. 2.5 hours mocked these stories, humiliating the country and the unity and solidarity, which are so convincing the President said, — said Zyuganov in the state Duma. — We will insist that created a special Commission investigated and action related to information banditry.”